Alene, Caiden, and I met up with April and Bill (Alene's sister) and a couple of their friends. We specifically watched the Mens freestyle jumping. These are the dudes that come barreling down the mountain, hit a huge vertical ramp, do about 50 twists and flips 50' - 60' in the air, then attempt to land. The 2nd guy we saw attempt was from Russia. He by far got the highest out of anyone during the day, but he landed flat on his back, slid down the hill, then laid there un-conscious. It was almost sick-looking. They had to get him on a stretcher and haul him off. I have no idea how he is doing now.

I wish there was as site like photobucket that would allow me to up-load video so I could show some clips of some of the jumps these dudes stuck. They were absolutely amazing.

Anyway, here are some pictures of the days events:

Me and Caiden walking up the mountain to the event 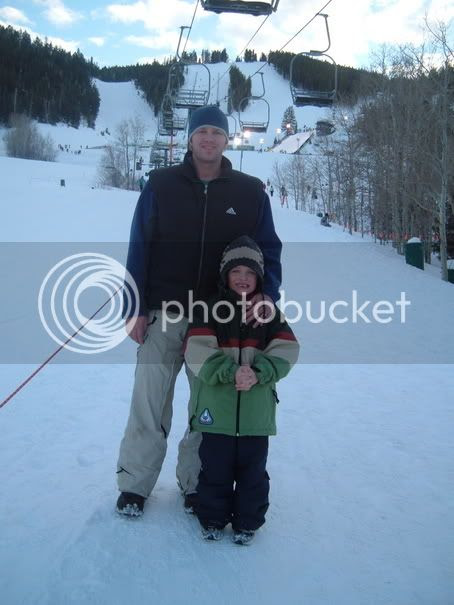 Alene and I walking up the mountain (photo taken by Caiden) 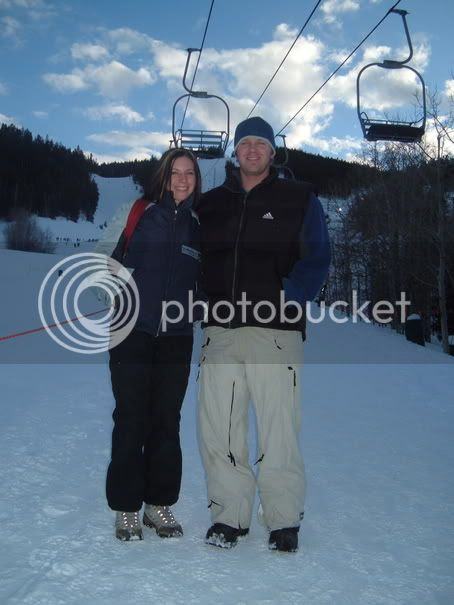 Here is a random dude jumping 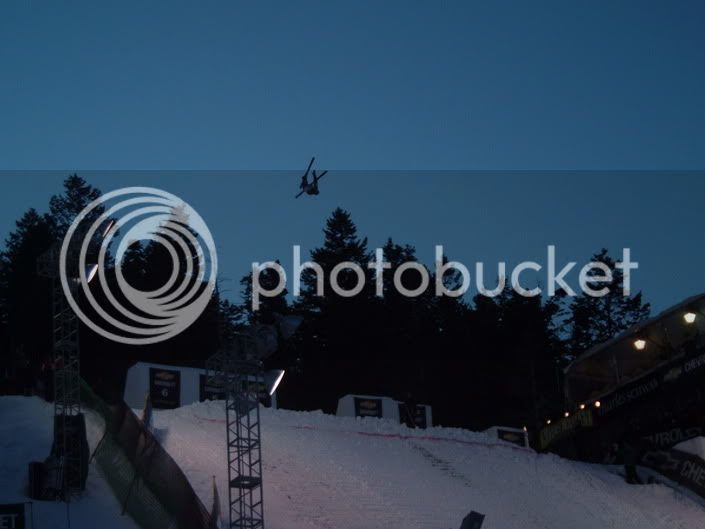 This is the view from where we were at, looking down on Deer Valley (which is in Park City) 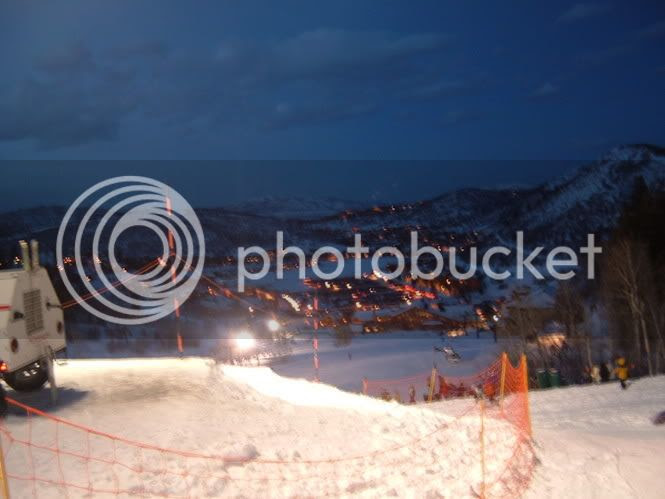 I was actually entered in the competition, but I broke one of my bangs, so I couldn't compete. I got interviewed by the press though, so that was cool. (yeah, my eyes are red, I swear I didn't make a deal with the devil....I swear!) 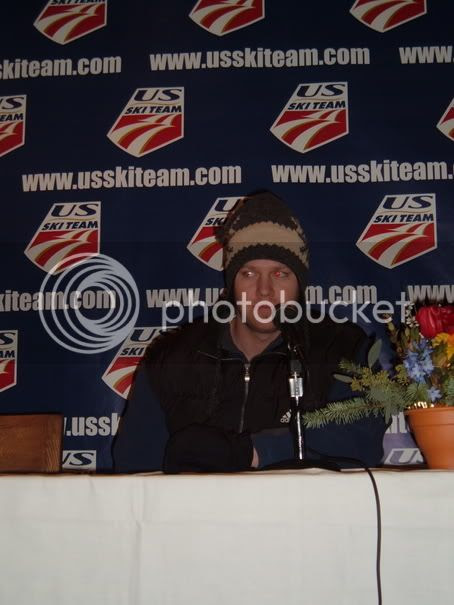 More airtime. This is me describing my trajectory when I broke my bangs 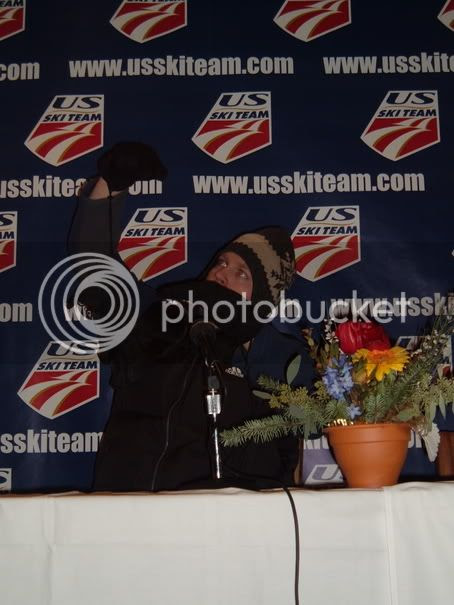 This is the view of the area on the way up later that night. The moguls are straight ahead and the freestyle jumping is to the right (that is the hill they land on) 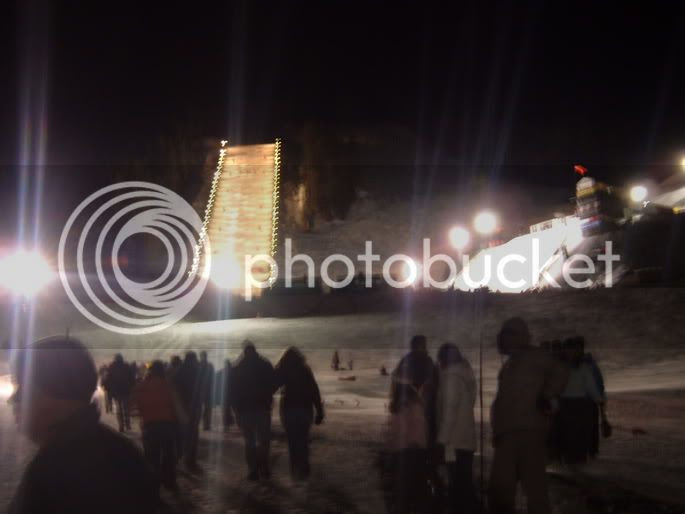 Alene and I standing in front of the area where the jumpers land. It was cool because they had a HUGE TV (you can see it on the top left hand side) for everyone to see the jumpers up on the mountain before they came down. It followed them all the way to the ramp, then you could see them come flipping over it 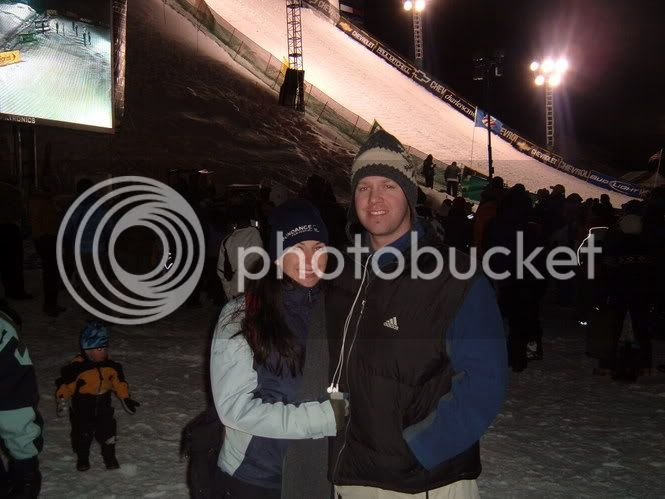 Alene and I in front of the moguls area 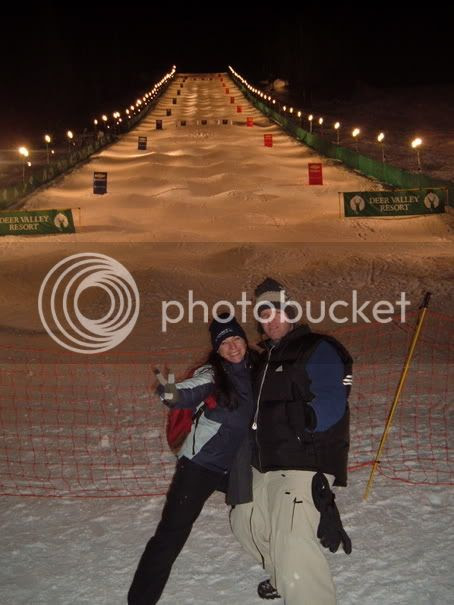