I went to the San Rafael Swell this weekend with April, Bill, Lanik, and Lanik's Buzz Lightyear toy. Needless to say, we all listened to all of Buzz's sayings countless times. Having an attack pack though doesn't sound too bad instead of a backpack. Of all the things to forget, I forgot 2 of the most crucial--toilet paper and a flashlight/headlamp. I blame this on the fact that Tyler didn't come because had he come I'm sure we would have had more supplies than ever imaginable. But of course April and Bill covered my butt.

This time around we took their Montero so instead of getting stuck, we actually pulled someone else out of the sand. (who cares if just moments later we thought the Montero wouldn't start again). We hiked Ding canyon and Little Wild Horse canyon, hiked all over Goblin valley so we could make it to the other side and to the top to collect some agate and view "the nothing."

The next morning we went to Black Dragon Canyon to view the rock art, one of which really resembled the Wily Coyote to me. There are just a few things that would have made the trip better.
1.--If I'd actually brought some cash to buy Ty and Caiden some of those cool Goblin valley t-shirts. 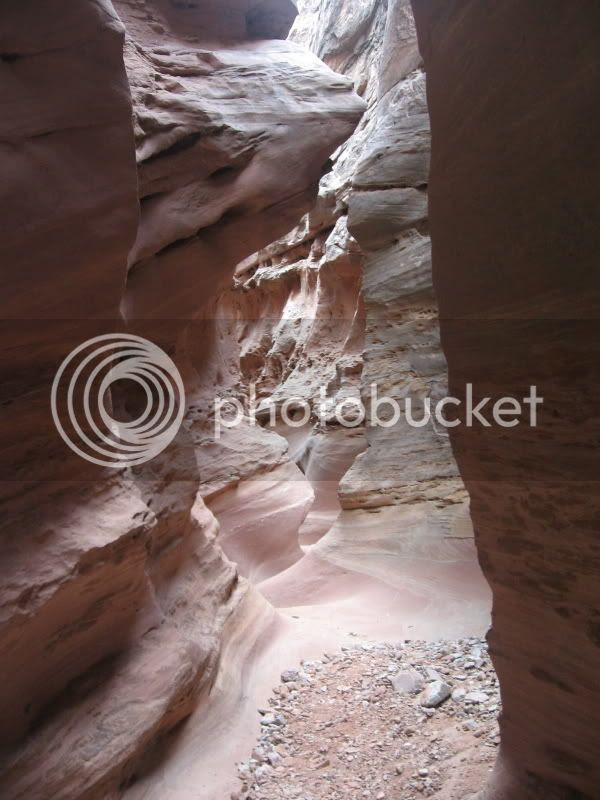 and 2.--If instead of filming my walk through the narrow, twisting, Little Wild Horse canyon sideways to capture the narrowness I would have realized that we'd have to watch it sideways too. 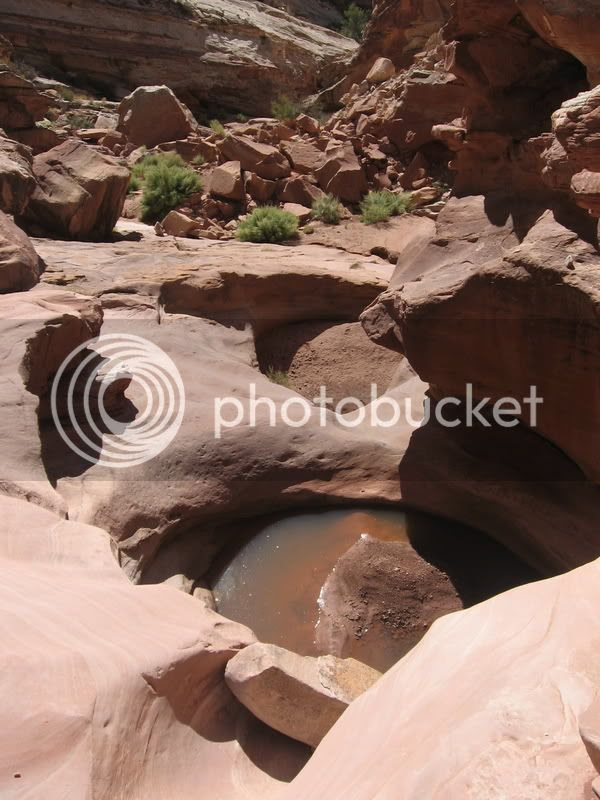 And 3.--it would have been better if some of the little pools had hot springs inside of them so I could warm up before I got in my tent at night.

If only I could take home the papasan chair I found in Goblin Valley! 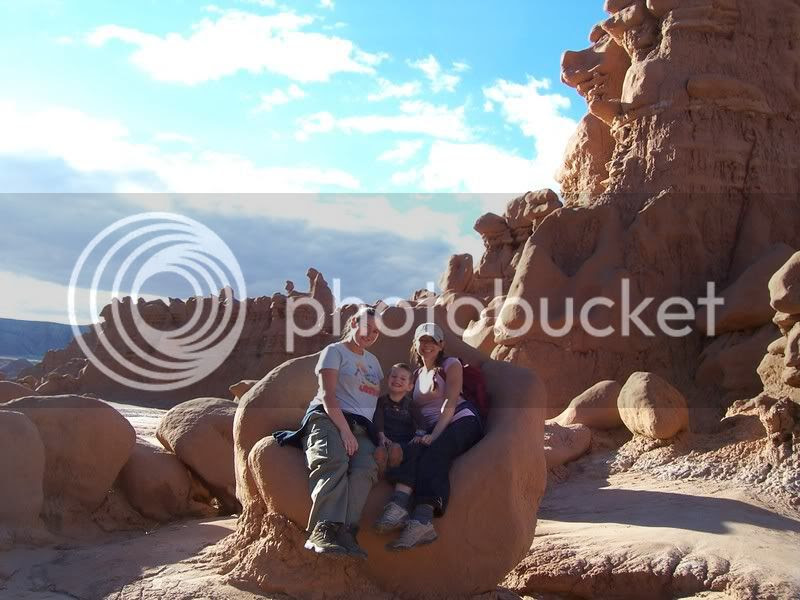 We had some time to kill after church and before having to be down at my parents, so Alene suggested hiking Grandeur Peak, which we thought for some reason was only supposed to be around 3 miles round trip, however we found out about 3 miles into the hike, that it was 3+ miles one way, so over 6 miles RT. Still, it was a beautiful hike and we had a great time. There is nothing like making it to the summit of a peak and feeling like you "conquered" that mountain.

When we got up there, there was an Australian dude there out for a hike. He was in SLC on business (mining industry) and was VERY nice. He even took our family picture on the peak.

Here are some pictures from our hike:

A little waterfall that we had to pass through 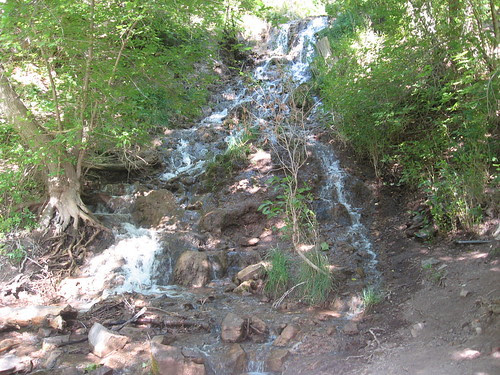 Looking back up Millcreek Canyon 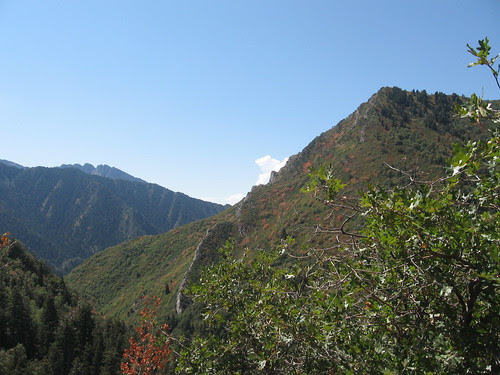 Alene and I on the trail Caiden and I on the trail 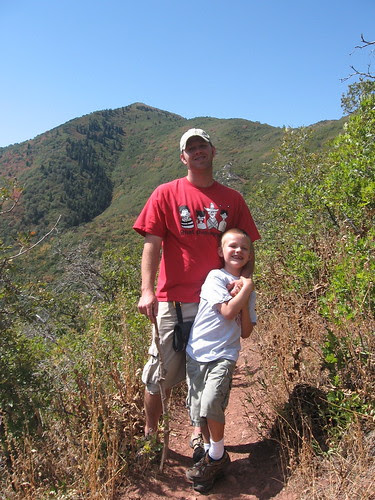 Looking down at SLC (Parley's Canyon below us) 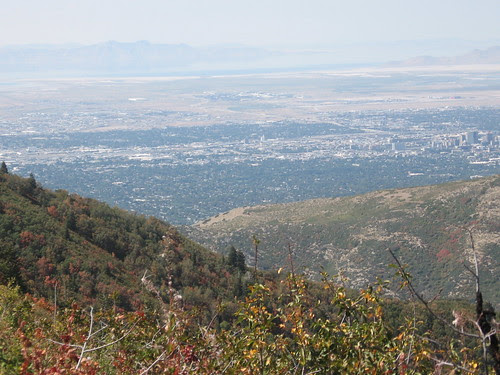 My favorite part of the hike, just below the peak was this grove of trees that reminded me of a scene from Isreal or something (or at least what I'd imagine those olive groves looked like) 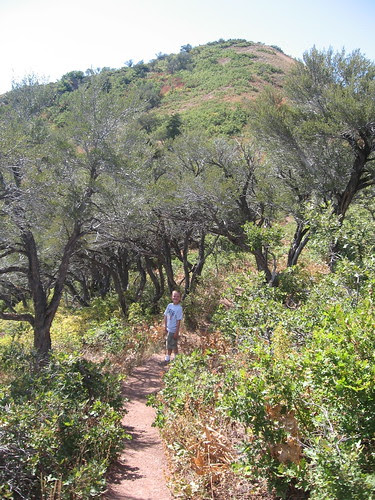 Family on the peak 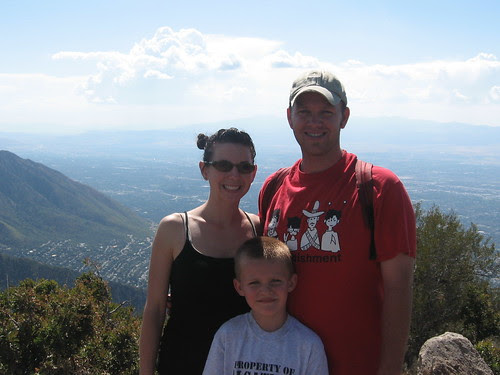 Looking down the SL Valley 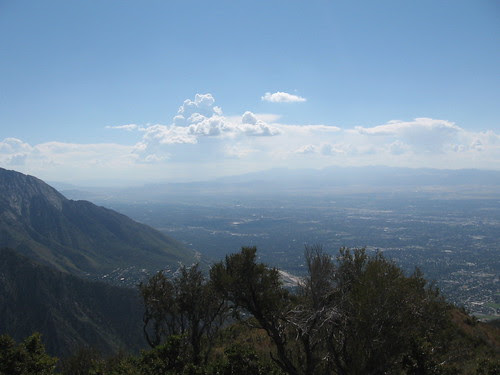 Looking back up Millcreek Canyon and the wasatch range 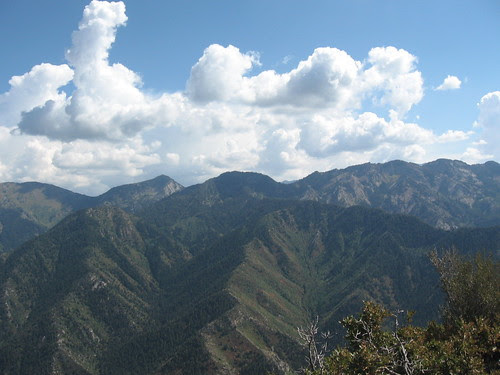