After work I met up with Alene at the Big Cottonwood Canyon parking lot and we drove up canyon with the intention of doing a short hike with Bailey. Alene was 5.5 months pregnant so we weren't going to do anything hardcore (plus bailey was with us, so we had to go at her pace). We decided to stop at the Mill B North trailhead and do the Broads Fork trail, which eventually will take you up to the Twin Peaks area.

We did about 1.5-2 miles up the trail, had some snacks, then headed back down. Didn't see a single person up there and it was beautiful.

Bailey working her way up the trail 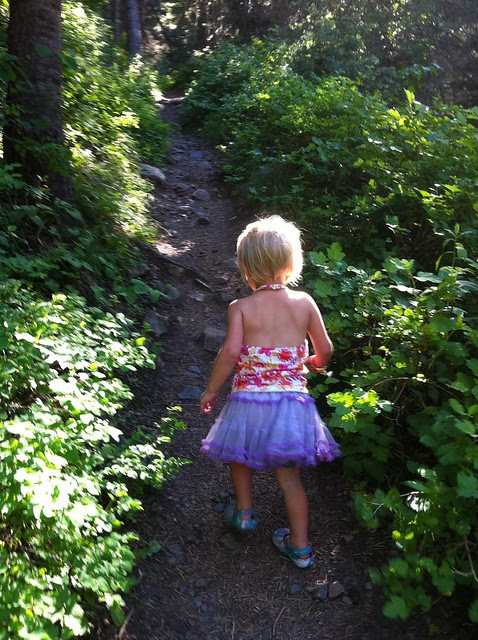 Bailey showing off her alphabet skills. She'll turn 3 in August

Bailey and Alene taking a break and playing together 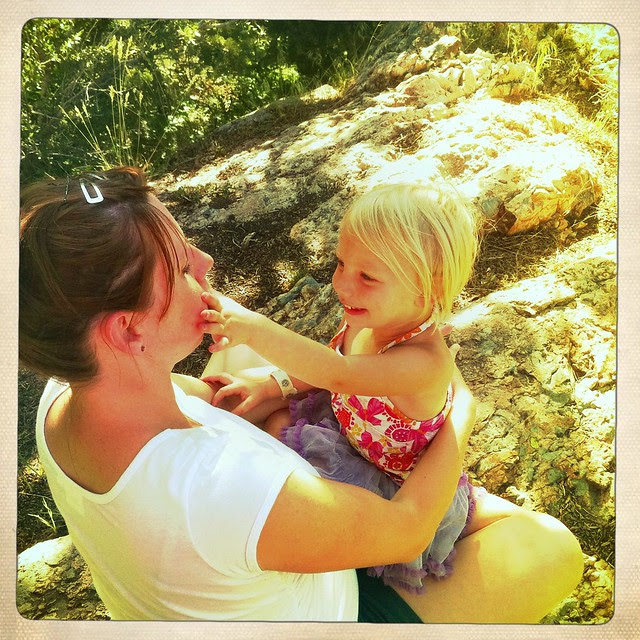 When we got back to the trail I took this video of the creek coming down the canyon. I'm thinking instant death to anyone that slips and falls in

Posted by Unknown at 9:29 PM No comments:

We love Maple Canyon because it's relatively close place to feel away from the world (despite it's over-crowdedness with climbers). This was Fathers Day weekend and we had planned a trip with a few members of my family (which can still be a lot) and we also invited the Beatty Family along, both of who grew up in the same area I came from in CA, so it was fun getting together with them and run down memory lane a bit.

Unfortunately this trip was cut way too short for us as the weather did not cooperate. We were still able to get a nice little hike in for the first day we were there, but the weather would soon turn pretty bad on us.

After setting up camp we all headed down canyon to do the Box Canyon hike. I love this hike because it's fun for kids (they can't get lost and they can climb around on things all over the canyon) and it ends at an awesome waterfall (trickle really).

The group heading up the Box Canyon 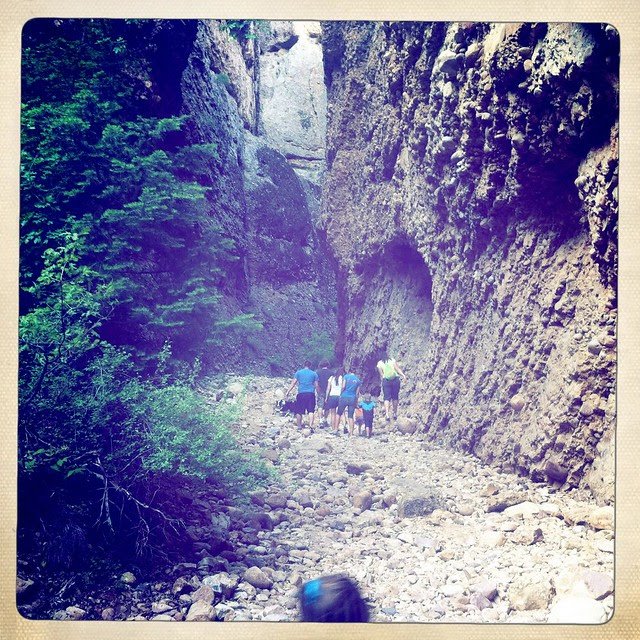 Looking up at the fall at the end of the canyon 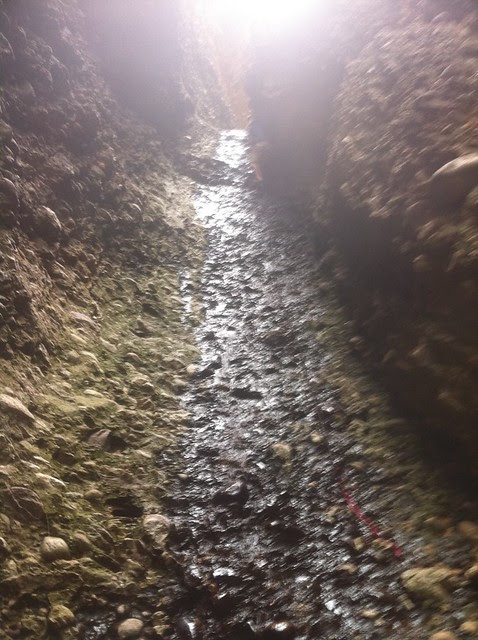 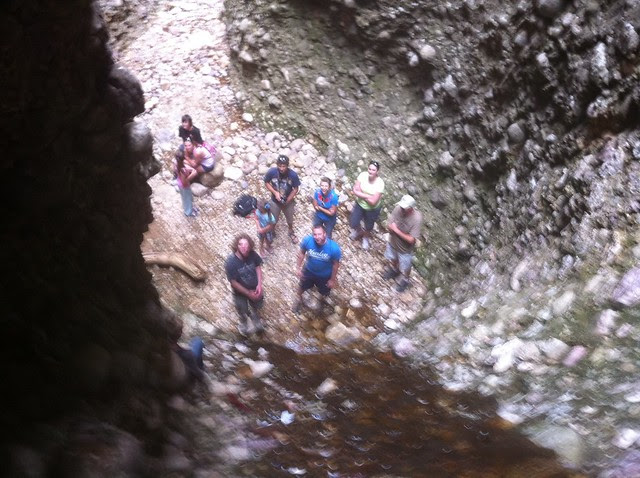 Looking up at Matt, who made the climb all the way to the top 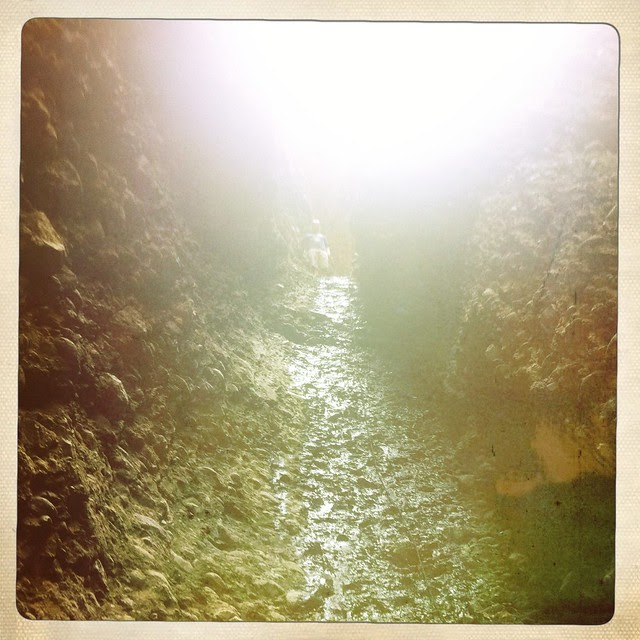 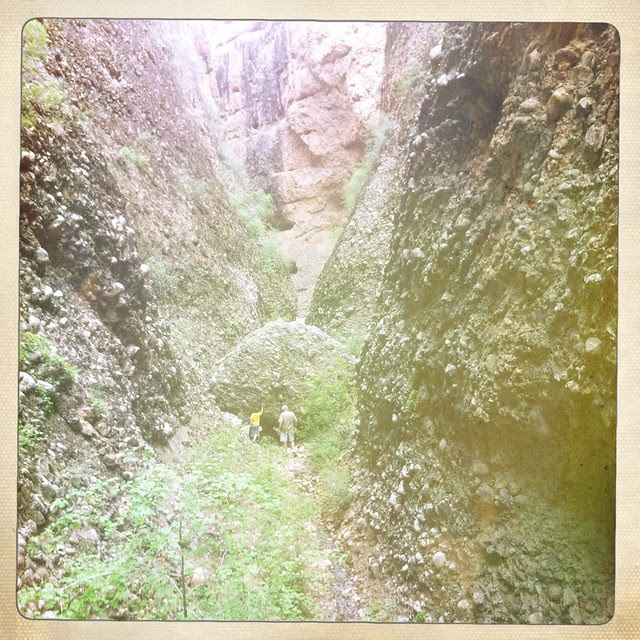 Bailey and Alene passing under the boulder 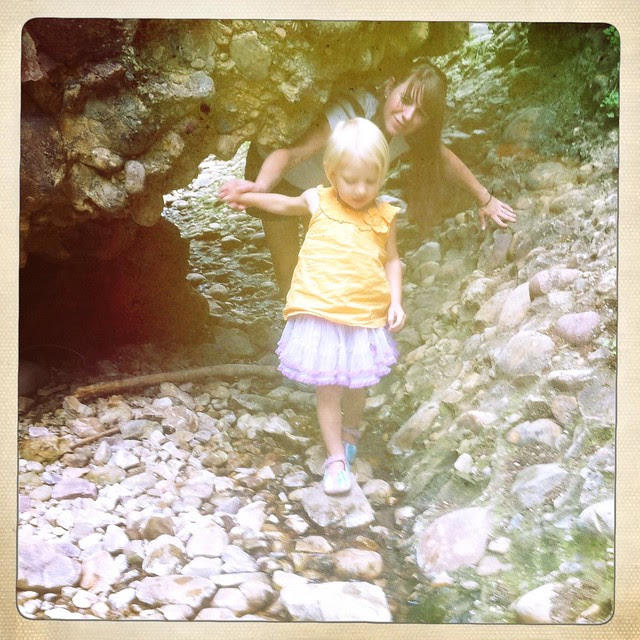 Climbing up into a side cave 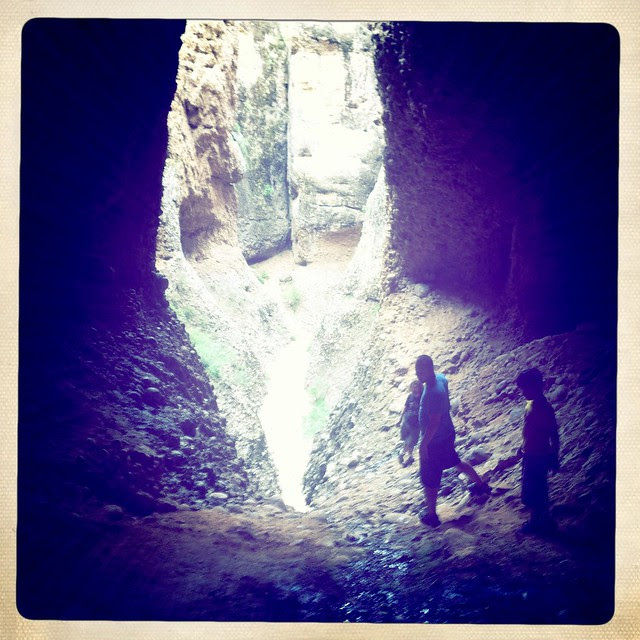 After getting back to camp I had set up a rappel behind our site and a few of us used it, but it was time for dinner and getting dark.

My brother Jeff on rappel 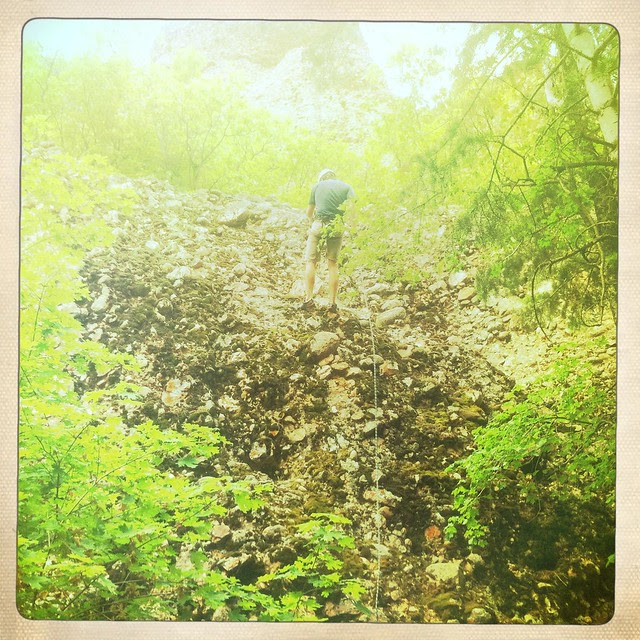 After dinner we hung around the campfire with ambitions of doing the 3 mile loop hike up to the top of the canyon, then back down the other side past the conglomerate arch, but it was cut short due to some HARD rain. We had hopes it would go away, but it never did. I was so thankful my parents had their tent trailer there, where we were able to run a canopy off the side and hang out under there for breakfast. We all finally decided to pack it up and got soaked in the process, sad we were never able to do the bigger hike.

Here is the Beatty Family's blog post about this little trip, which has more pictures and a better description of our trip (Matt is a great writer): Maple Canyon
Posted by Unknown at 4:25 AM No comments: